We already knew that the film, due to be released in 2016, will star The Theory of Everything‘s Felicity Jones, and judging from the title, would have something to do with the starfighting side of the Star Wars saga. We also knew that Godzilla director Gareth Edwards was on to helm the film, but today at the Star Wars Celebration event, we found out even more.

At a panel, Edwards announced that Rogue One will take place between Revenge of the Sith and A New Hope, so don’t expect any lightsaber-wielding Jedi or Sith to pop up in this one. Expect this film to be a lot more gritty than previous entries in the Star Wars saga, with director Edwards saying that “Good guys are bad. Bad guys are good. It’s complicated, layered; a very rich scenario in which to set a movie”. It was also confirmed that Felicity Jones will play a Rebel soldier, part of an as-of-yet unannounced posse of Rogues (ahem) who are tasked with stealing the plans for the first Death Star, as featured in A New Hope. Attendees of the Star Wars Celebration were also treated with the first glimpse of the film – some early footage we don’t have hold of – and the first look at the film’s logo: 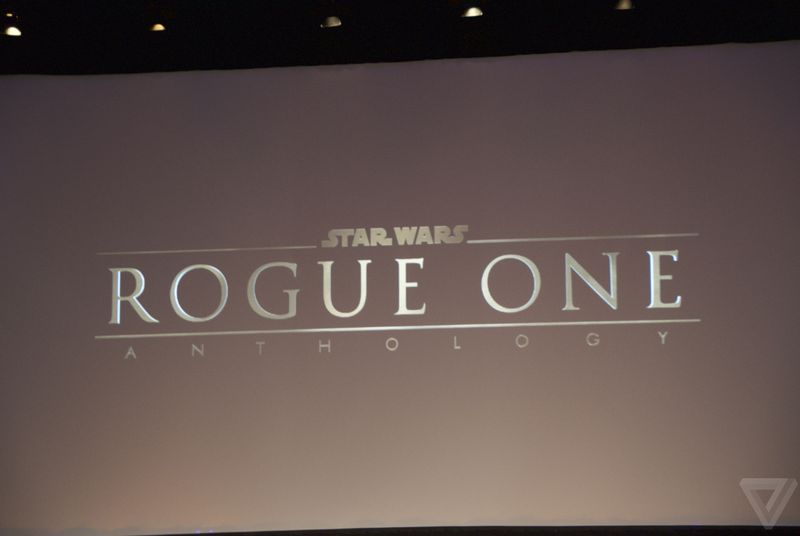 We also know that the spin-off Star Wars films, being released in between core entries in the saga, will be under the bracket of ‘Anthology’. As always, we will have more news as it is released.

What do you think of this latest news? Will you watch Star Wars: Rogue One when it comes out in late 2016? As always, comment below and tell us your thoughts, and be sure to find us on these sites:

Find us on Tumblr: thatfilmbloguk