Well, here we are. The penultimate part of our Mad Max retrospective, leading up to next week’s review of the heavily-praised Mad Max: Fury Road. So far, it’s been quite the series, as I found my self loving 1979’s original Mad Max (check out the review here), and found the sequel, The Road Warrior, to comfortably one of my all-time favourite films (read that review here). And those reviews may be the precise reason that I came out of Mad Max: Beyond Thunderdome just a tad let down.

Mad Max: Beyond Thunderdome picks up an unspecified length of time after The Road Warrior, and follows former policeman Max Rockatansky (Mel Gibson) as he stumbles across the settlement known only as Bartertown. Here he meets Aunt Entity (Tina Turner), who recruits Max to help bring down Master Blaster (Angelo Rossitto and Paul Larsson), a duo ruling the town despite Aunt Entity’s power. Exiled after refusing to commit murder, Max stumbles upon a tribe of children stranded after a plane crash, and as they head to Bartertown looking for salvation, Max only has one option: get angry and get even.

The first thing to ever comment about in a Mad Max film is the action, and luckily it doesn’t disappoint in Beyond Thunderdome. The final action scene has the all the quintessential elements that make battles in this series just so good: George Miller’s direction is just as stunning during these scenes as in any of the two previous films, despite the personal tragedy that led to directing credits being shared with George Ogilvie. On top of that, the stunt work is as breathtaking as ever: I don’t think it will ever get old seeing cars ramming in to each other or seeing bad guys being hurled from their quirky, bizarre and simply fantastic vehicles. The biggest issue with the action scenes themselves is the distinct lack of them: aside from a few minutes right at the beginning of the film (unfortunately no brooding expository speech this time), we don’t see a vehicle until the film’s last fifteen minutes, and there’s barely any action in between except a tussle in the titular Thunderdome, which is admittedly great fun to watch. Beyond Thunderdome manages to retain the high-quality action of its predecessors, but it’s the sparse spread of such moments that do drag it down.

Talking about elements that continue the Mad Max legacy, the film’s design has to be mentioned. Both previous Mad Max films are deliciously campy, with a really unique style that no other series of films can quite match, and that is luckily continued here. The design of Bartertown fits perfectly into the bonkers precedent set by the lore of previous films, and it’s the small things about the town that make it so great. It’s jam-packed with people and detail, and – bonkers plot points aside – is a pretty great arena for the film to take place in. But, that’s where I’m wrong. That said, there were several elements of the design I wasn’t such a fan of. Primarily, I didn’t like the design of Max himself, particularly in the first half: Mel Gibson’s tacky wig did him no favours at all and really cheapens the film, and the design of some characters really feel dates, especially Master Blaster, who hasn’t aged well at all, or Tina Turner’s Aunt Entity, who also has a design that hasn’t stood the test of time whatsoever.

The plot of Beyond Thunderdome is another mixed bag. The film takes a direction so far removed from the gritty, dark roots of The Road Warrior, which is definitely a shame, and at times the plot feels so bonkers (even for a Mad Max film) that it really took me out of the moment. Some of the plot points here are just plain bad and don’t make sense: using pig feces for fuel is just plain ridiculous and not in line whatsoever with previous films in the series, and some of the decisions the characters make are so irrational and poorly-judged that it simply screams out that the writers were just being lazy. One thing, however, that the writers have to be credited for is their bravery: the decision to completely switch up the proceedings around halfway through was a decision that breathed fresh air into the film just as it was starting to get stale, and cleverly introduced the conflict in an unexpected way, even if a few elements of it didn’t make much sense.

Mad Max would be nothing without its star man, and that’s remained the same with Beyond Thunderdome. Mel Gibson is still great as Max here, even if his performance feels a tad lazy, which can only be down to the vast opportunities he was inundated with after the runaway success of The Road Warrior. His turn as Max Rockatansky is still gritty and dark, even if the subject matter has evolved into PG-13, family-friendly fanfare. Unfortunately, the same can’t be said for the supporting cast: the decision to have half of the film led by a pack of child actors was undoubtedly not a wise one, and the decision to rope Tina Turner as the main villain was also a misjudged one. Unfortunately, neither of these two described categories have much acting ability, and it really harms the film when it’s being carried by Gibson. These poor performances are only accentuated by the weak screenplay, which – although understandable due to the behind-the-scenes turbulence this film had – has more than its fair share of plot holes and poor dialogue.

It’s hard to find the one factor that causes Mad Max: Beyond Thunderdome to crumble under the pressure of its predecessors. Be it the personal tragedy that caused the legendary George Miller to share directing credits, an incredibly weak script or the massive change in style compared to the previous two, Beyond Thunderdome pales in comparison to Mad Max and The Road Warrior, but that isn’t to say it doesn’t have any redeeming factors: the action scenes, although sparse, are just as great, Mel Gibson is wonderful as Max and George Miller is flawless when he’s behind the camera, but the gross extrapolation from the other entries in the series makes Beyond Thunderdome the film equivalent of Alien 3: a bit odd, a far cry from what we’re used to from this series, but still quite fun nonetheless 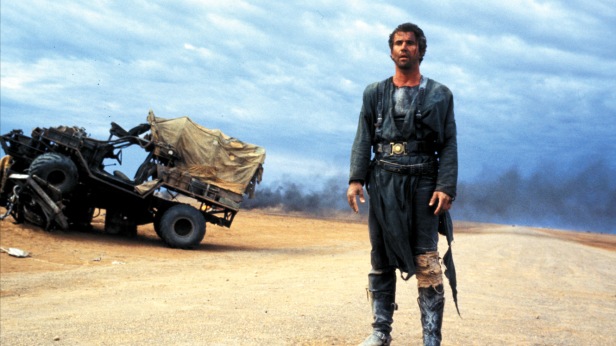