Unless you’ve been living under a rock for the past year or so, you’re bound to know all about the turbulent production of Deadpool. Seven years (!) after Ryan Reynolds first portrayed the character in X-Men Origins: Wolverine, fans of the Merc with a Mouth are finally getting the R-rated, bloody and sweary Deadpool film they have been pining for for years. And boy have they been lapping it up.

Before I get into all the accolades Deadpool has achieved already, just bear in mind that this film is R-rated, or 15 in the UK. Considering that in the top 40 highest-grossing superhero films, only 2 are R-rated, it’s crucial to remember that in general, R-rated superhero films are about as rare as a good Fantastic 4 movie. So, in the five days it has been out in America, it has already achieved the highest opening weekend in Fox history, the highest opening weekend for an R-rated film ever, and the fifth highest opening of all 40 Marvel films. For a film about a chimichanga-loving anti-hero, I’d say that’s not too bad.

Now, regardless of whether or not Deadpool is actually the masterpiece the internet is currently labelling it (8.7 on IMDb surely can’t be wrong), the implications of the film’s success is absolutely game-changing for the superhero genre. Other recent R-rated comic-book affairs such as 2013’s Kick-Ass 2 or Watchmen from 2009 didn’t quite reach the same box office heights as Deadpool has, but the resurgence of the R-rated blockbuster is most definitely upon us thanks to this.

Some of cinema’s favourite superheroes such as Batman and Wolverine have comic arcs that are easily in R-rated territory (even NC-17 at times), and thanks to the wild success of Deadpool, it really might mean that one day soon we might get to see our favourite characters just as they are on the pages of comics. Maybe we’ll finally get to see the Joker at his deranged peak, or Wolverine slashing foes into little chunks with those blades of his. If Hugh Jackman himself has said that next year’s Wolverine 3 will be his last time portraying the character
, what’s the harm in letting loose a little and allowing for an R-rating? Admittedly, with the Marvel and DC cinematic universes now in full swing, it would be trickier to introduce these more adult entries without alienating their core audience of children, but for the fans there is truly nothing better than their favourite hero being visualised on the big screen as they are in the comics.

Whether or not we get an R-rated Batman film, the unprecedented and astonishing success of Deadpool can only spell good for the superhero genre. Whether you’re holding out for other obscure characters to get their own time in the sun, or for the grislier heroes to be visualised at their full potential, there has never been a better time to be a fan of comics on the big screen, all thanks to the Merc with a Mouth. 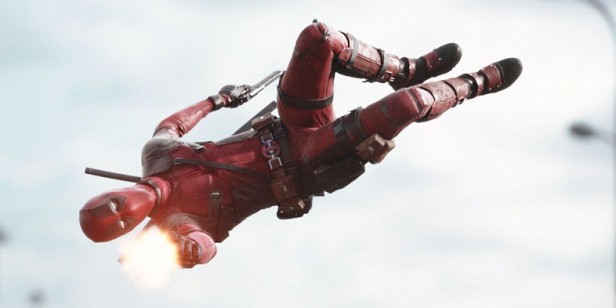