I had read the graphic novel of ‘Batman: Year One’ prior to watching this film, but not for many years, so the story was fresh and interesting. The pacing of the film was generally good, but there were some slow points which could’ve used some action, but generally it was fine. The set pieces, however, were spectacular, and at some stages I was glued to the screen, nervous about what was going to happen next, [spoiler] the chase between Johnny and Gordon over baby James [/spoiler] being a particular highlight. Speaking of Gordon, I was thrilled to see this film was more about him than Batman, and it was very refreshing to see a Batman film where a character normally in the Dark Knight’s shadow taking such an impactful role. They really could’ve called this film ‘Gordon: Year One’, because he was so heavily involved, and I loved seeing his character change over the course of the picture. This is one of the best Batman animated films, with such a dark atmosphere, plenty of fan service and a thrilling but deep story. However, one area in which I think ‘Batman: Year One’ missed the mark was with Bruce Wayne. I know his inner torment isn’t shown in the comic, but it would’ve made Bruce a lot more 3-dimensional, and made us feel for him more. The training was also very rushed, with only a very brief montage of him punching and kicking was shown, which didn’t satisfy me, considering this is supposed to be his journey. The voice acting was also excellent, with Bryan Cranston typically amazing as Gordon, and Ben McKenzie (who coincidentally is playing Gordon in ‘Gotham’) doing fine as Bruce Wayne/Batman, but really, nobody can compete with the one true Batman, Kevin Conroy (however Peter Weller was surprisingly good in ‘The Dark Knight Returns’). Unfortunately, this film was dragged down by missed opportunities to develop the characters, and with such a short running time anyway (58 minutes is when the credits roll), I see no reason why the folks at WB Animation couldn’t have beefed out Bruce’s training. Other than these minor flaws, ‘Batman: Year One’ was a typically excellent DC Comics Animated feature, and I will definitely check it out again. 7/10 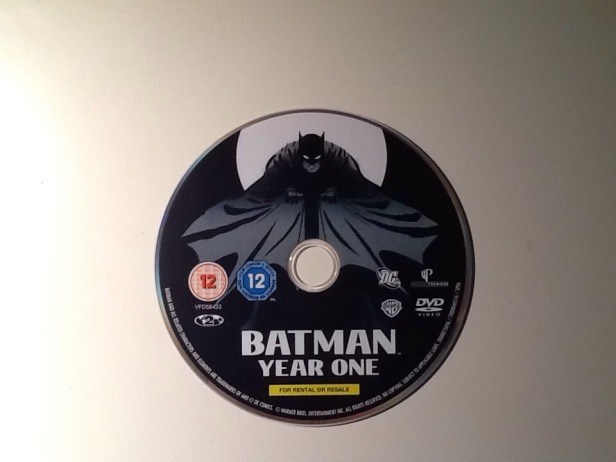 One thought on “Batman: Year One REVIEW”